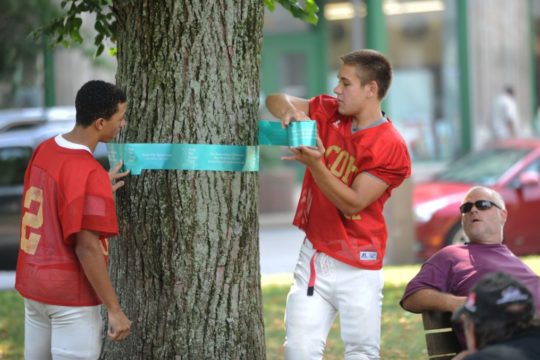 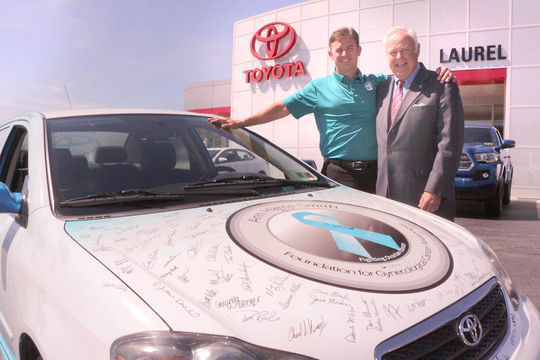 In 2016, Laurel Toyota and the Ann Harris Smith Foundation took ovarian cancer awareness on the road…literally! Laurel Toyota wrapped a Toyota Corolla with teal ribbons and added both the foundation logo and Pro-Am Charity Golf logo. 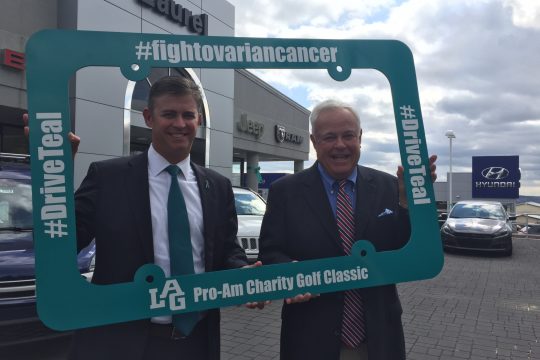 Every Tuesday, the employees of Laurel Auto Group wear teal to help raise awareness through customer interaction and public visibility. To honor Ann and all of the Smith Family and join in their efforts to help women and families throughout our community, we began this initiative in May of 2016. 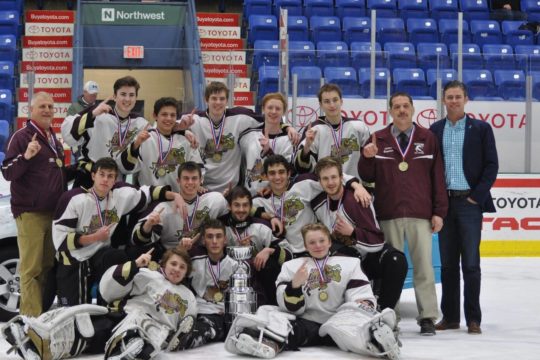 The Laurel Mountain Hockey League crowned a champion and presented a new trophy on Monday night, March 13th, at Cambria County War Memorial Arena in Johnstown. Johnstown-based Laurel Auto Group and the Ann Harris Smith Foundation donated three trophies to the LMHL in memory of the late Ann Harris Smith and will be the presenting sponsor.